German born musician and producer Robin Schulz likes to mix homemade guitar riffs and samples with a palette of colors from regular the DJ’s toolkit. Like many in his line of work, collaboration and remixing is key to a successful output. For many, it’s a challenge to bring EDM into the mainstream without getting to bland or, worse, just too candy-sweet. For Uncovered, Shultz’ third studio album, straddling that fine line between creativity and out right commercial pop sell out seems to be a walk in the park.

Dance floors first took notice back in 2014 when Shultz released a remix of Dutch Hip Hop master Mr Probz’s huge hit Waves. This remix later received a nomination for Best Remixed Recording, Non-Classical at the 57th Annual Grammy Awards. Now that’s a great way to start your career! His follow-up was also a remix, this time of the Lilly Wood and the Prick track Prayer in C.

Our first taste from the new album came at the very end of last year with Shed a Light at the end of 2016, a massive collaboration with French big-wig Dave Guetta and offsiders Cheat Codes. Given the heavy weight backing, I would have expected something a bit more intense, punchy epic. It’s not a bad track. I’m sure Nas would be pretty happy with this schmultzy mid-tempo dance floor filler. Guetta’s infectious 4-4 thumpery is all over it. Still, not much to write home about.

The second single (OK), a collaboration with UK beautiful boy James Blunt shows more promise. Maybe it’s his accent that stands out or the slow-burn build up that takes this one beyond yet another boring ballad. Done slightly differently this could easily belong to an Ed Sheeran album.

The third single I Believe I’m Fine features an up and coming star HUGEL. Like Guetta, Shultz likes to find new peeps and give them their spot in the sun. Many Robin Schulz fans had already got to know HUGEL on many occasions, as the French DJ/producer took to several of Schulz’s earlier hits with some brilliant remixes.

The album begins, proper, with Intro, two minutes of pretty pointless, but cinematic drums and piano that don’t really lead anywhere before rolling into the first banger Unforgettable. For this one Schulz teamed up with American singer/songwriter Marc Scibilia. I’d like to say it’s a stunner but not really. Musically, it’s great but the over use of auto-cue and synthesized vocals really grates, ruining the purity of Scibilia’s honey sweet vocals. All the sincerity of his ode to a one night stand/infatuation is dissolved in over production. He might as well be singing the lines on a shopping list.

On the other hand, the second collaboration with Guetta, Oh Child is a bit of a doozy – a tune that sticks with you because of the cheerful whistling throughout the entire track. Other stand out tracks include the collaboration with IRO, Fools, and the rather ‘poppy’ More Than A Friend (featuring Spanish singer Nico Santos). There’s a couple of smooth downtempo tracks, Higher Ground and an instrumental, Above The Clouds, followed up by more energetic tracks such as Naked, featuring Sam Martin. The radio friendly Sounds Easy is guaranteed to threaten your local commercial airwaves very soon, with its nifty repeating lines and overdubs. Featuring the relatively unknown Ruxley, its catchy vocals mix nicely with Schulz trademark pop-house sound.

A couple of track worth a re-listen is Christy McDonald’s soulful work on Ha Leh Ya (read: ‘Hallelujah’). Her voice is in complete contract to others on this album and a refreshing kick back to the disco days of Freeway of Love Aretha Franklin and I will Survive Gloria Gaynor.

With Uncovered, Schulz is clearly trying to live up to the high expectations from his EDM and Pop followings, delivering a refreshingly diverse album by combining his familiar (deep) house sound with both commercial music and energetic future bass infusions. 18 tracks is a pretty big cache, especially if you’re purchasing the vinyl, but it definitely isn’t too much. The length simply justifies the means from a multi-talented producer with a great ability to pick the right collaborators. I will be fair, though, this is not Moby, UNKLE or The Dust Brothers, nor is it Kanye. This is about filling the floor not boring it to sleep or challenging patrons so much they splutter into their Red Bull and Vodkas in confusion. This is mainstream, baby, just as you know it!

Check back soon
Once posts are published, you’ll see them here.

Download Now! First Single off Christy McDonald's EP Title Track PROUD. "ARE YOU WITH SOME 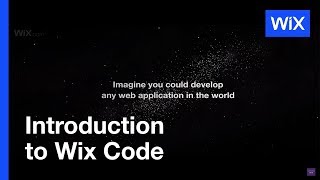